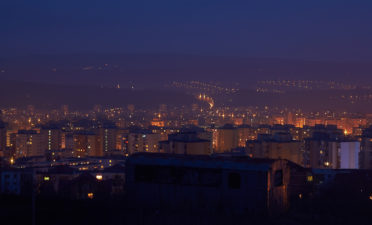 The study followed the evolution of main real estate markets in the country. According to it, at the national level, there will be over 30,000 homes completed in residential projects in major cities by the end of this year. In this respect, 2016 was the best year ever for the local residential market!

After Bucharest, where approximately 13,000 homes will be completed, the largest residential markets in Romania are Cluj-Napoca, Constanța, and Sibiu, with over 2000 units each. Specifically, in Cluj will be completed over 3,500 dwellings (including Floreşti) – an increase of approx. 50% compared to 2015. However, Cluj-Napoca and Brasov have recorded the highest degrees of absorbing new offers with a rate over 90%! The percentage of bank financing purchases was very low compared to other regions.

“With the growing popularity of Cluj being a city for young professionals to settle, the need for housing increased. This is the best ever period for the modern residential market in Cluj-Napoca, with about 3,500 homes scheduled for completion this year in the city and surroundings, a figure 50% higher than last year,” said Anamaria Burca, managing partner of Coldwell Banker Transylvania.

The most dynamic areas for new construction in Cluj remain Gheorghieni and Buna Ziua. Iris also enjoys attention from developers, many homes will be delivered here in 2017.

Regarding housing prices in Cluj-Napoca, they were tempered following the adoption of the Resolution Agency law and exhaustion ceilings for Prima Casă. Rising prices remains the largest nationally over 10% in terms of new housing segments and approx. 17% for housing segments completed before 1990.

We would like to thank Coldwell Banker for the information provided.
Photo: T. Lucian Ionuț

Coldwell Banker Romania is one of the largest real estate consulting companies in Romania after the last official financial results and the company with the strongest activity in the residential segment, the local representative of one of the most popular real estate companies worldwide.

With a history of 110 years, the US company is owned by Realogy Corporation, one of the largest real estate franchisers worldwide. Through its network, Coldwell Banker covers 50 countries with over 3,000 offices and has over 86,000 consultants and brokers.