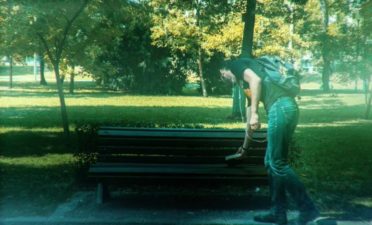 In Cluj, you can not escape from books! (Fortunately)

If you wondered what’s going on Piața Unirii, it’s good to know that the city will soon be assailed by books. While FICT is preparing to receive its 2016 readers in Piața Unirii (beginning on Tuesday, October 4), the organizers have prepared several campaigns to promote reading and writers from Cluj among the public.

As we have stated the other day, Clujeans have received friendly “impulses” to read by the Transylvania International Book Festival. Those who went through the city center the other day received a small brochure accompanied by a book. We received the book “Bravul nostru Micșa!” By Radu Ţuculescu (Ed. Eikon). What a nice way to promote a book festival! Besides the FICT BUS, there will be many books spread throughout the city.

FICT 2016 will take place from October 4th until the 9th 2016, in Piața Unirii. Before that, from October 2nd to the 4th the National Festival of Literature (FestLit Cluj 2016) will take place in Cluj, which will bring together 50 writers from Cluj and 50 writers from around the country in some rounds of round tables, public lectures, symposiums, as well as in schools, colleges, libraries, or book launches.

Also anticipated with great interest in the evening is the Jam Session – Poetry Night, a unique event in Romania to be attended by the FICT 2016 guests of honor!

*** *** ***
The Transylvania International Book Festival (FICT) is of an international scope that supports both Romanian and universal written culture. The center in Cluj hosts the most important publishing houses in the country and abroad every year.

FICT’s mission is to provide, for six days, an extraordinary journey into the world of books through a broad academic, cultural and spiritual event in Cluj.

Photo 1: from the FICT 2016 spot presentation – by Sergiu Lupşe.